Asian Americans have 36 percent more buying power than the typical U.S. household, and using data to understand how and what they are buying could provide a big boost to your bottom line.

Attention marketers: If you’re looking for customers in a fast-growing market segment that has a lot of buying power, it’s time to take a good, hard look at Asian American consumers. By understanding the demographic, economic, cultural and buying trends of Asian Americans, marketers can more fully capitalize on the opportunity they represent.

Furthermore, Asians are disproportionately present within the upper income ranks. As you’ll see in the Claritas Asian American Market Report, 13.4 percent of Asian households will earn more than $200,000 in 2019 – a far greater proportion in that strata than any other major cultural segment. 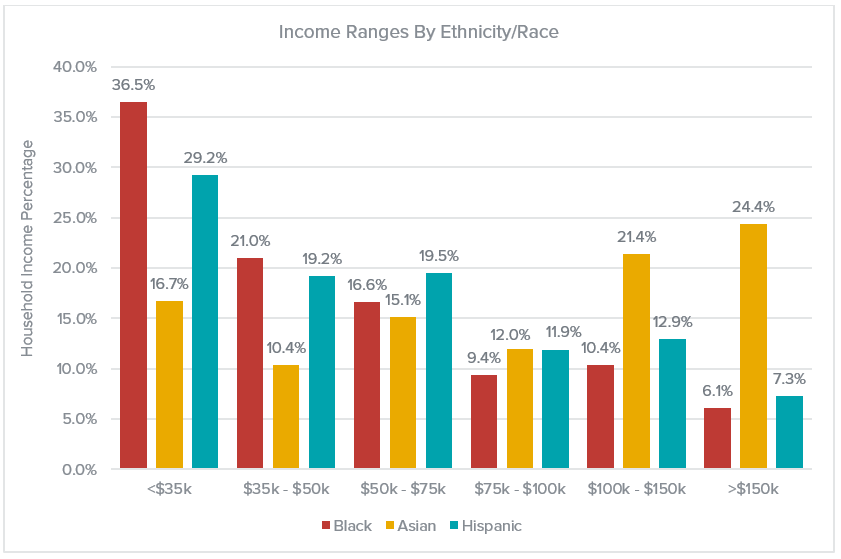 Add this to the fact that the Asian American population is growing fast, it’s no wonder marketers are sitting up and paying attention. According to Claritas’ 2019 Asian American Market Report, Asians number nearly 19 million in 2019, which represents 5.6 percent of the U.S. population, but about 21 percent of population growth since 1990.

When you consider that there are seven Asian cities with greater than 19 million population worldwide (Tokyo, Delhi, Shanghai, Guangzhou, Beijing, Shenzhen and Wuhan), it is clear to see how an immigration wave toward the U.S. could create a new surge in Asian Americans.

Ancestral diversity among Asians in the U.S. is also quite noteworthy. Whereas two-thirds of U.S. Hispanics are of Mexican origin, the largest single ancestry group among Asian Americans is Chinese at 23 percent, followed by Filipinos and Asian Indians at 18 percent each. This diversity presents opportunities as well as challenges. Asians are conveniently included in one diverse group; however, each nation is distinct in terms of both language and culture. Although many Asians in the U.S. are acculturated, 62 percent retain their culture of heritage (Asianicity™) at least to a modest degree.

Mining both the quantitative and qualitative data on Asian Americans will yield the understanding needed to genuinely engage this coveted population segment. Determining which mix of traditional and digital media is key, as Asian Americans tend to be tech-savvy and digitally connected. The ability to link Asian identifiers to cultural segments and to steer media campaigns towards the appropriate channels and devices will certainly prove worthwhile to your company’s top and bottom lines.

Back to Claritas Blog

Are you ready to know more?